IGBT7 T7 is the best-in-class device for industrial motor drives providing a great ease of use in a wide range of applications including UPS/PV and air conditioner PFC topologies.

Looking on a product portfolio, which it is going from 20 A to 75 A copacked with the full rated freewheeling diode, so if the IGBT is 20 A, then the diode is 20 A aswell.

The switching frequency flexibility shown in table below is going from below 5 kHz up to 40 kHz, basicly covers, the whole range of TRENCHSTOP (60T and 60DTP) or Highspeed family. It is a one to one alternative to predecessor generations with improved performance.

If you are still using technology, like the short-circuit IGBT 3 or the non short-circuit TRENCHSTOP™ 5, then it is time to change it.
With the flexible family IGBT7 T7 and its state-of-the-art quality and the best price/performance ratio, is this the best-in-class device for industrial motor drives, namely Uninterruptable Power supplies for Photo Voltaic and Air conditioning PFC topologies. 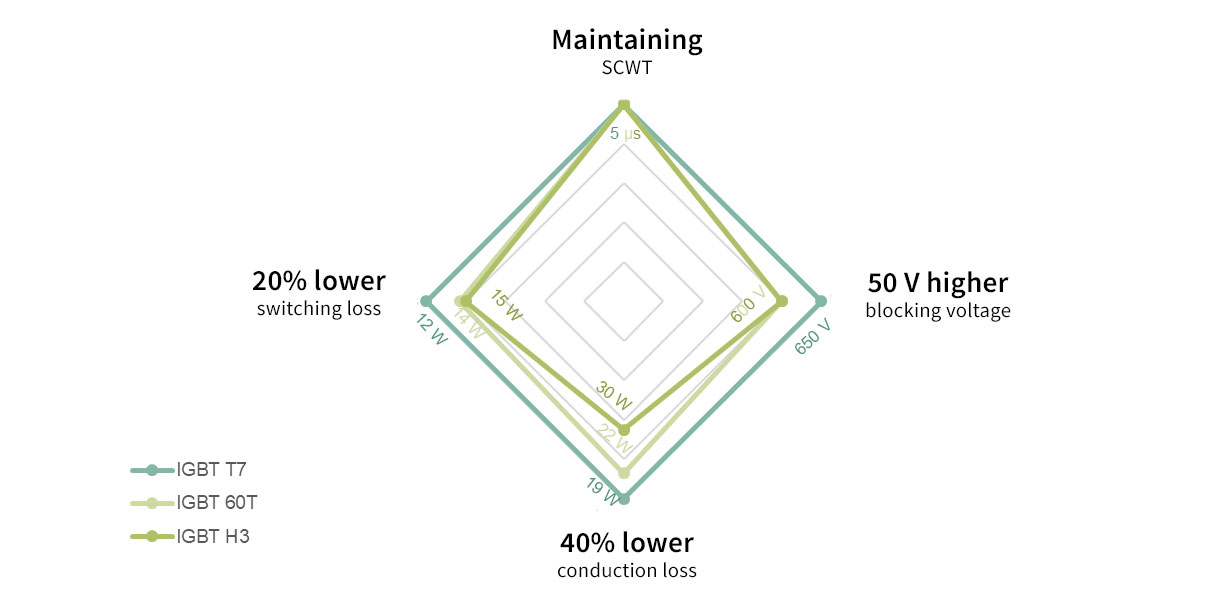 We introduce the discrete 650 V TRENCHSTOP™ IGBT7 portfolio with new soft EC7 diode inside. This best-in-class price performance range have premium controllability for the better EMI while switching losses are lower than the former technologies.

In this training we will present TRENCHSTOP™ IGBT7 by focusing on its key features and technical benefits. We will also see the existing and planned portfolio of IGBT7 for industrial drives applications.